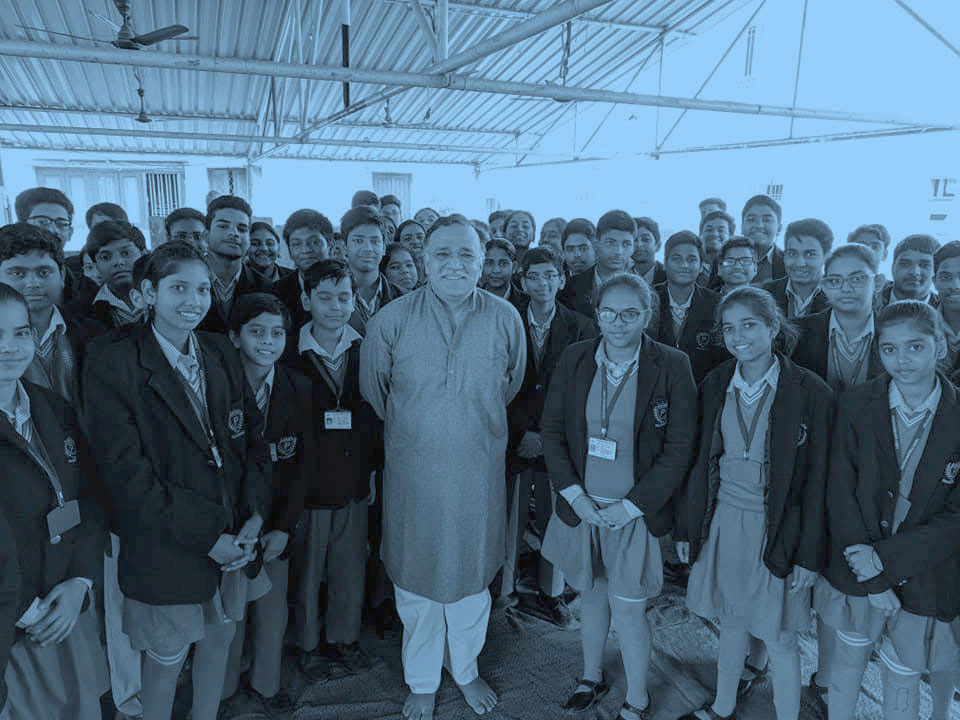 Pramath Raj Sinha is Managing Director of 9.9 Media (9dot9.in), a niche media company he founded. He spent 13 years with McKinsey and Company, where he was a Partner. Before founding 9.9 Media, he was the MD & CEO of the ABP Group, one of India’s leading and most diversified media conglomerates.

Pramath is the Founding Dean of the Indian School of Business (ISB), an initiative led by a group of leading Indian business leaders, which rapidly became a top 20 B-school in the world. He is also the Founder & Trustee of an acclaimed new liberal arts university, Ashoka University (ashoka.edu.in), which launched the popular Young India Fellowship (youngindiafellowship.com) five years ago.

Pramath has now launched a new post-graduate programme that addresses the crying need for more women professionals. The Vedica Scholars Programme for Women is a unique 18-month full-time and residential “reimagined MBA” programme that attracts high-potential women from across India.

For his contributions to education, Pramath was awarded the Personality of the Year by FICCI in 2015 and named one of India’s top 50 management thinkers by Thinkers50 in 2013.

Pramath received M.S.E. and Ph.D. degrees in mechanical engineering and applied mechanics from the University of Pennsylvania and a B.Tech. in metallurgical engineering from the Indian Institute of Technology, Kanpur.

Knowledge is defined as remembering of previously learned material. This may involve the recall of a wide range of material, from specific facts to complete theories, but all that is required is the bringing to mind of the appropriate information. Knowledge represents the lowest level of learning outcomes in the cognitive domain.

Comprehension is defined as the ability to grasp the meaning of material. This may be shown by translating material from one form to another (words to numbers), by interpreting material (explaining or summarizing), and by estimating furture trends (predicting consequences or effects). These learning outcomes go one step beyond the simple remembering of material, and represent the lowest level of understanding.

Application refers to the ability to use learned material in new and concrete situations. This may include the application of such things as rules, methods, concepts, principles, laws, and theories. Learning outcomes in this area require a higher level of understanding than those under comprehension.

Analysis refers to the ability to break down material into its component parts so that its organizational structure may be understood. This may include the identification of the parts, analysis of the relationships between parts, and recognition of the organizational principles involved. Learning outcomes here represent a higher intellectual level than comprehension and application becasue they require an understanding of both the content and the structural form of the material.

Evaluation is concerned with the ability to judge the value of material (statement, novel, poem, research report) for a given purpose. The judgements are to be based on definite criteria. These may be internal criteria (organization) or external criteria (relevance to the purpose) and the student may determine the criteria or be given them. Learning outcomes in this area are highest in the cognitive hierarchy because they contain elements of all the other categories, plus conscious value judgements based on clearly defined criteria.